Messaging bots, which we often encounter on websites, mobile and desktop applications, use artificial intelligence technology in the background. These bots, which are trained to give logical answers according to your messages, use various algorithms.

Messaging bots use natural language processing (NLP) and machine learning techniques. The inputs given to these bots are analyzed and sent as output (message) to the opposite party. It trains itself based on these when it encounters new patterns during messaging. 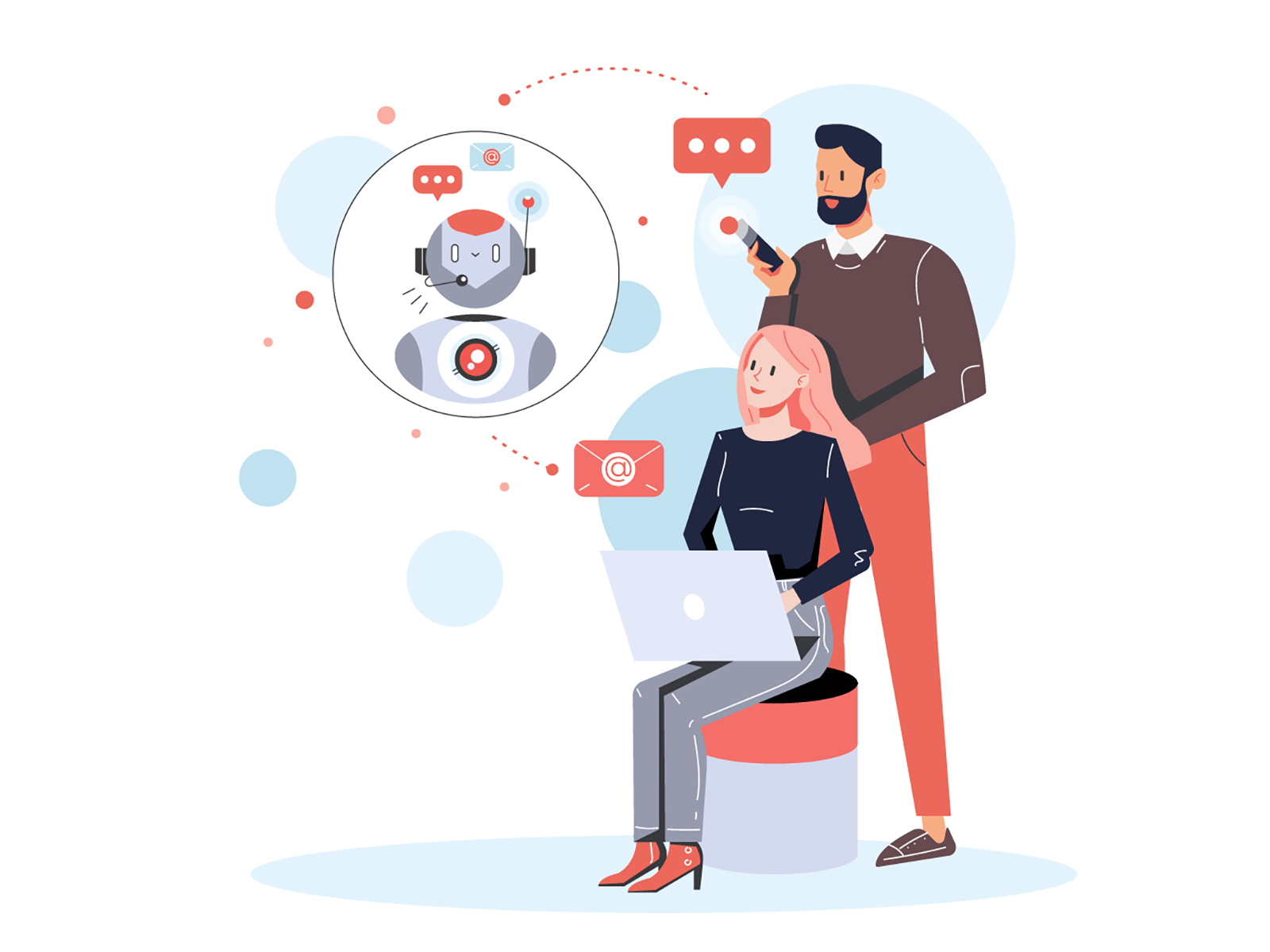 Suggestion systems are used in e-commerce sites, video platforms and search engines. While you are reviewing a product, similar product advertisements that you come across are created by the analysis of your behavior by artificial intelligence technology.

For a start, you can develop small-scale recommendation systems that use artificial intelligence. It can be a system that makes suggestions according to similar colors, or software that analyzes and classifies and makes suggestions by analyzing news content. To increase the samples;

Have you come across the recommended words for you to complete when you start typing a word? For example, after writing "come", the words "I will come", "I am coming", "I have come" are recommended. Artificial intelligence is also used here. You can create a small-scale project with word prediction.

Due to the large number of deaths and traffic accidents caused by inattention of the driver, automakers are trying to integrate ADAS systems with artificial intelligence and CV. One of the functions that helps the driver is traffic sign recognition. This is a technology by which a vehicle can recognize road signs placed on the road, e.g. the "speed limit" or "give way" or "stop" is all made possible with the help of computer vision and Convolutional Neural Networks.

Another example. An artificial intelligence that you train with photos of fruits of various types can classify the fruits on your plate.

There may be mistakes that we miss when writing. It is important that errors are shown in such cases. For a start, you can write an artificial intelligence that studies errors based on your own language.

You can write an artificial intelligence that digitizes handwritten numbers or texts.

You can write an artificial intelligence project that sorts out to what extent which color is used.

How Do Ships Float on the Water?

What is Minimal Block?

What are DoS and DDoS Attacks? What Does It Aim At?

What is Cryptology and Cryptography?

What is API? What are API types?

What is an NFT? How Do Digital Assets Work?

What is machine learning? What is its connection with artificial intelligence? How does it work? How are we using machine learning on a daily basis even if we do not know what we are using?

Nowadays, how vehicles move is more important than themselves. In the last ten years, after super jets, huge tanks, and microchips, now it is time to make these systems unmanned. Now there are projects that try to go even further and make the decision mechanism unmanned as well. When we look at the institutions dealing with this issue in our country, HAVELSAN undoubtedly stands out. BARKAN, announced by HAVELSAN about two years ago, is for sure one of the best examples of its kind. BARKAN is a tracked unmanned ground vehicle and various systems can be integrated to it.

How Do Ships Float on the Water?

Let's find out how the ships that came to light with the construction of long reed boats by the ancient Egyptians in 4000 BC floated on the water without sinking.

What is Minimal Block?

Minimal Block is a blog page project aiming to become a digital encyclopedia in the field of technology. The articles we will share within the framework of Minimal Block are actually the result of our team's efforts to make what they have learned permanent and to provide accurate and detailed information to technology enthusiasts in the information pollution in the digital information sharing environment.

What are DoS and DDoS Attacks? What Does It Aim At?

Since the existence of the Internet, attacks targeting systems, users and firms have been carried out for multiple purposes. With the development of Internet laws and information ethics, deterrent methods have started to be implemented against cyber attacks. Cyber attacks that can have devastating effects can make a system unusable for a long time or end it radically. DoS and DDoS attacks which are the most common of these attacks target servers and user information. Let's take a brief look at what these attacks are and their history.

What is Cryptology and Cryptography?

With the development of technology, we collect and store a lot of our data in virtual platforms. So what are the methods that secures these data? Let’s take a closer look.

What is API? What are API types?

With the development of the technology, the work that users do via platforms and applications increased or became easier. So what is the thing that makes these things easier and allows us to do many things without the need of a developer? Let’s take a look.

What is an NFT? How Do Digital Assets Work?

NFT technology allows unique and rare works of art that can be transferred to digital media to be tokenized and presented in the markets. While it protects the rights of the owner of the arts, it also gives them freedom and a variety of opportunities. What About the NFT Technology? What kind of works can be displayed in the NFT markets? What will the market value be in 2021?